The summer holidays are well underway! If you’re struggling for ideas to keep the kids entertained, check out our list of the best military museums to visit.

The Royal Marines Museum is located on the seafront in Southsea, Portsmouth. A grade ll-listed Victorian building, it was originally built in 1867 and used by the Royal Marines Artillery before becoming the Officers’ Mess. The strong sense of history at the museum makes it the perfect base to learn about the lives of the Royal Marines, from their historic battles to current day live in the Navy.

One of the best features of the museum is its Medal Room, which displays a collection of over 8,000 medals, including the renowned Victoria Crosses which have only ever been awarded to 10 Royal Marines. A great educational source, the Royal Marines Museum is also a great place to take children, with interactive displays and engaging activities, including a rifle simulator.

HOW MUCH DOES IT COST? The Royal Marines Museum charges £9.00 for an adult ticket and £4.00 for a child. Family tickets are also available from £15.50.

The Tangmere Military and Aviation Museum is a great place to entertain the whole family, with interactive displays and the chance to experience an aircraft simulator.

The museum’s exhibits include a memorial garden and real air raid shelter (where you can experience the sounds of an air raid) among the 5 halls displaying a collection of aircrafts, including the World Speed Record breaking Gloster Meteor F.4 Special.

There is also a library on site which is home to more than 4,000 books which cover all aspects of military aviation, including biographies, technical manuals and official Ministry publications.

The National Museum of the Royal Navy

The National Museum of the Royal Navy is situated inside Portsmouth Historic Dockyard, a great location for a family day out with tons of things to see and do. The Museum provides an engaging history of the Royal Navy and the ways they have defended our country, covering battles from 882 right up until the twentieth century.

The museum has 5 exhibition galleries that reveal everything you could need to know about the Navy, with its ‘HMS Hear My Story’ exhibition including an interactive timeline from 1900, and a chance to see personal items of Naval personnel as well as read their stories.

HOW MUCH DOES IT COST? £13.00 per adult with family tickets available. 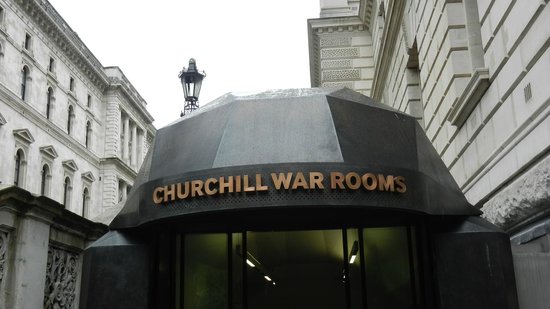 Visiting the Churchill War Rooms in London is truly a one off experience. You’ll have the chance to step inside the secret Second World War bunker and discover the place that sheltered Winston Churchill and his wartime government. This exhibition is permanent but sits alongside others offering fascinating details from life inside the bunker, including the Remington Noiseless typewriter (designed because Churchill hated distractions) and gas masks that were specifically adapted so that under a gas attack switchboard operators could still continue work. An audiovisual display helps visitors begin to understand what life would have been like for the Veterans who worked with Churchill during the Blitz.

The Tank Museum is Dorset is a great day choice if you have children, with plenty of interactive displays and extras like games, crafts, dressing up and even the chance to ride in a real tracked vehicle.

The museum has a huge collection of vehicles spread across its 6 halls that will keep you busy for the whole day, making it good value for money. You’ll have a chance to hear from those who fought in the wars of the 20th Century and used the vehicles themselves. The collection even includes the world’s first ever tank, Little Willie.

And if these choices aren’t enough, you could always check out the London National Army Museum which re opened this year following a 23 million development project.

Got Something To Say: Cancel reply